The Davies Project is powered by some fantastic members of the Greater Lansing community who have stepped up to provide critical transportation to children in need. Our team is made up of volunteer drivers as well as administrative volunteers. Read more about their stories below.

Search for a driver below.

Mary Jo joined The Davies Project in the spring of 2015 and serves as the Family Services Coordinator. She is retired from the State of Michigan, having served the public there for over 25 years. She has 3 grown children, 7 grandchildren, and loves to quilt in her spare time.

Bobbi joined TDP in September 2019 as a volunteer driver. She retired from the Michigan Chamber of Commerce after 15 years. In her spare time, she enjoys outdoor activities, traveling, knitting & reading. She is married, has 2 children and two granddaughters.

Carolyn has been a driver for TDP since the summer of 2015. She is a retired nurse from the Michigan State University Department of Pediatrics. She has 2 grown children and enjoys traveling with her husband, quilting and gardening.

Dave joined The Davies Project as a driver in July 2018. He retired from the Michigan Department of Transportation in 2000 after 38 years. He worked part time for 10 more years for a consulting engineering firm while also doing some volunteer work. His wife and he enjoy spending time with their three children and their families. He also loves fishing and basketball.

Dave W. joined the The Davies Project in 2019. He retired from MSU in 2002 where he taught civil and environmental engineering for 32 years. He and his wife have a daughter and one grandchild.

Deb joined The Davies Project in September of 2019. She is a retired elementary school librarian, with a love for books and kids! She volunteers weekly in her grandkids' classrooms and is also a volunteer librarian in her daughter's school. Deb is married to her high school sweetheart and has four children and eight grands!!

Fred joined TDP in the winter of 2016. He is a retired MSU faculty member where he worked for 35 years. In addition to his wife of almost 50 years, Fred has two sons and four grandchildren. He is enjoying his retirement with numerous hobbies and activities, including flying, golf and rebuilding a 1977 Corvette.

Glenn joined The Davies Project in Nov. 2018. He had promised to become a driver when he retired after working with people with disabilities as an advocate and organizer for over 40 years. He has 2 daughters and 2 grandchildren. Because of his beard, he's known as "Papa Bear." He is a photographer, a minister, and loves to play piano for church.

Heidi joined The Davies Project in early 2019 and serves as a volunteer driver. She is a retired teacher and for over 25 years worked in many educational settings including Head Start, elementary school, middle school, and special education. She has 2 grown children and 4 grandchildren. She enjoys spending time with family and friends, traveling, and learning.

Helen is a retired nurse. She previously worked at the MSU Hematology/Oncology Clinic and at the MSU primary care clinics, both at the Sparrow Professional building and at the Clinical Center. From her experience, she knows that transportation to medical appointments can be a significant barrier to receiving the care that a child needs. She is happy to volunteer her time to help with this great project.

Jack is a retired mental health worker and grandfather who likes meeting people and is interested in health care. Jack has been a driver with The Davies Project since 2014.

Jackie joined The Davies Project in the spring of 2019 and lives in the Lansing area. She loves to cook, garden, and tend to her aquarium. She attends live theatre performances and occasionally appears in local community theatre. She also like to listens to classical, folk, and pre-70s rock music.

Jeff has been a driver since the fall of 2019. He has been married to his wife for almost forty-three years, has two children and five beautiful granddaughters.

Jerry joined TDP in the fall of 2019. He has lived in the Tri-County Region for nearly 40 years, retiring from public service in local government. He and his wife have four children and 4 grandchildren. Jerry enjoys bicycling, golfing, and relaxing with family at their lake house in the summer.

Kathy J. grew up in Buffalo, New York, came to Michigan for college, and has been here ever since. She is recently retired from the Capital Area District Library. In addition to volunteering for The Davies Project, Kathy volunteers for Meals on Wheels, the Greater Lansing Food Bank, and Loaves and Fishes. Her hobbies include cooking (and eating!), running/walking, and yoga.

Kevin S is a retired union carpenter. Widowed in 2018, he now drives for The Davies Project to have a purpose in life and to honor his late wife. He believes his "Angel" smiles when he drives miles.

Larry is a retiree from the State of Michigan's Department of Natural Resources Forest Resources Division. He continues to be involved in Michigan forestry issues. He and his wife have two grown sons and one grandchild. Recently, Larry has been involved with his youngest son's wedding in China and plans for a marriage celebration here in Michigan. His hobbies include running and videotaping high school soccer games.

Linda joined TDP as a driver in Spring 2018. She is a retired nurse who worked in Sparrow's Neonatal ICU for 38 years. She has three grown children and five grandchildren. She loves to travel and has been all around the world.

Marcia A. became a volunteer driver with TDP in 2015. She is a retired high school teacher and has two fantastic grown up children and an amazing son-in-law. Volunteering takes up a lot of her time. Marcia enjoys driving for The Davies Project and being part of her church parish care team. Other activities she enjoys include gardening (especially herbs), knitting, quilting and working on fitness and wellness.

Marcia B. retired from MSU. She has two grown sons and two precious grandsons. She enjoys cycling, running, and triathlons. Marcia wants to help others who are going through a tough time.

Margie joined TDP as a driver in the fall of 2019. She is a retired CPA who focused on individual, trust and non-profit tax preparation for almost 20 years. I have three grown children and 7 grandchildren ranging in age from 23-7 and live all over the US. As a result, I travel often to see my family. 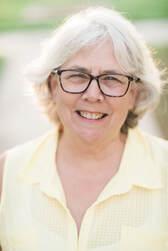 Mary Anne lives with her husband in East Lansing and they have five children and 10 grandchildren. A friend introduced her to The Davies Project and she knew immediately that she wanted to be a part of this amazing opportunity to help others in our community. She has met so many wonderful people and is so touched by those she has met and by their gratitude.

Mike B. became a volunteer driver with TDP in 2016. He is a retired professional serving in various capacities in the non profit sector. He was Executive Director of the Capital Area United Way and Executive Director of the American Red Cross in Genesee and Lapeer counties. He also served in local government. He has been married to Linda for 46 years and they have 5 children, along with five grandchildren. Mike is an avid runner and walker.

Mike N. is a retired high school social studies teacher and counselor. He enjoys a variety of activities from wood working and home improvements, to recently making a recumbent trike that he rode about 200 miles last year. Mike and his wife, a tai chi practitioner and instructor, enjoy traveling. They have one daughter and two granddaughters.

Nell has been driving for TDP since 2020. Nell is married, has two grown sons and is a retired state level lobbyist.

Patrice K began volunteering as a driver in 2017. She is retired, after a 16-year career with a local non-profit organization. Prior to that, she worked in various bank management positions for 20 years. She enjoys travel, theater, music, and volunteering. 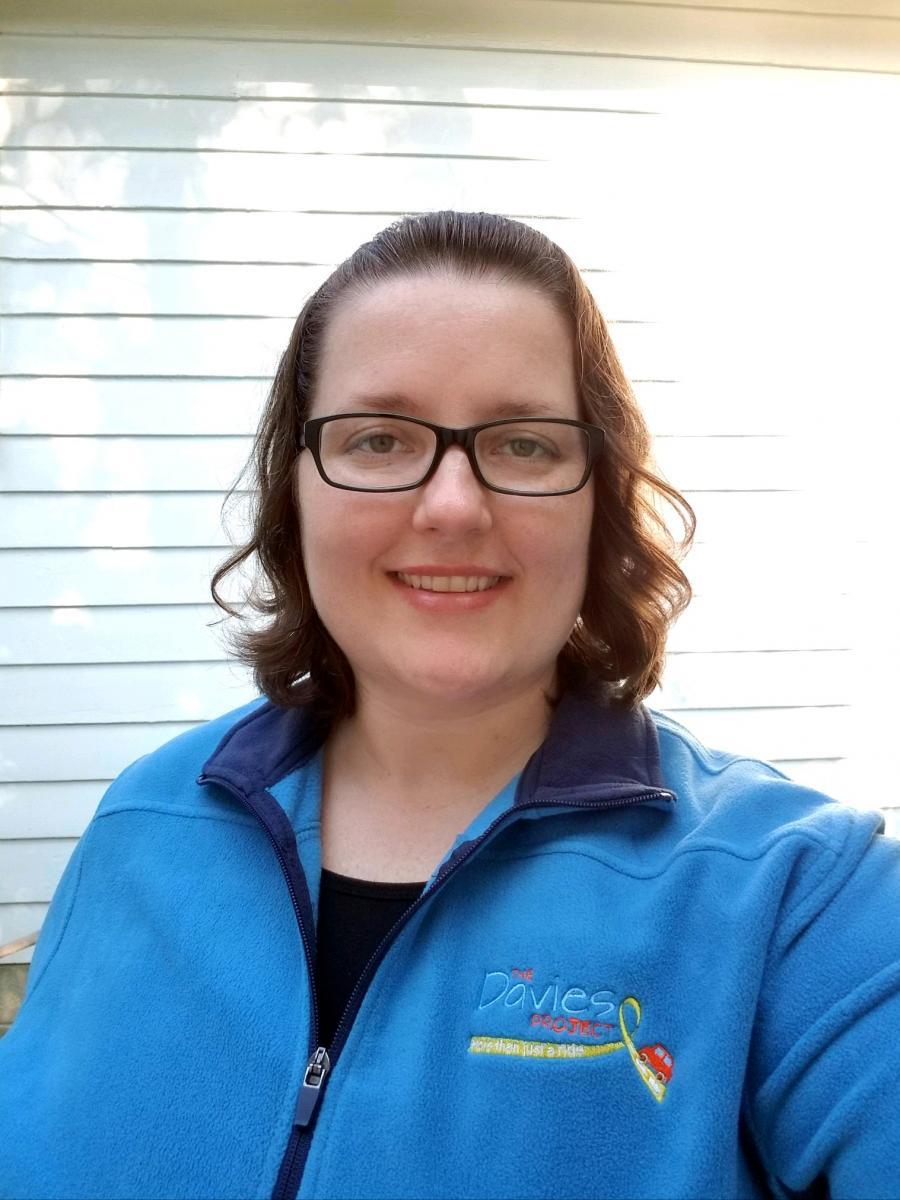 Tanna is a mom of 4 and joined TDP in June 2015 as a Volunteer Driver. She has worked as a paralegal for private law firms since 1996

Kathy L. is the mother of 3 grown sons (and 1 daughter-in-law!). She spends much of her spare time helping out in kindergarten classes and mentoring students at the elementary school that her boys used to attend. Many of her interests revolve around nutrition and fitness. Kathy has been with The Davies Project since early 2018. 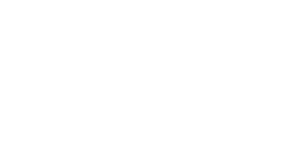